Don't Wait to Get the Help You Need Appointment Request 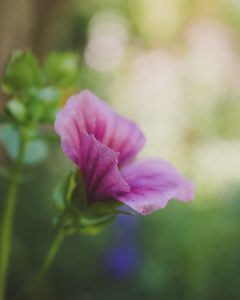 Check out the new TV series The Sinner, Season 1 staring Jessica Biel and Bill Pullman on USA network, also available on Netflix. The Season 1 accurately depicts the impact of trauma & PTSD. The Sinner is a show with great acting and character development. Wikipedia describes the series as “darkly compelling The Sinner sinks its hooks in fast and doesn’t let go.”

A seemingly ordinary woman acts out of impulse when triggered by a song on the beach. From then on, her and her family’s life will be turned upside down. The show accurately demonstrates how a seemingly random trigger, a song in this case, can trigger trauma memories that have been dormant for years.

When it comes to trauma, anything can be a trigger – sounds, smells, touch, taste – anything that reminds the brain of the original trauma event. Frequently a person is not aware that they are being triggered. What’s bad about being triggered, you may ask?

The Impact of Trauma

When a person is triggered they are in their emotional brain, which means their flight, fight, or freeze responses are activated. A person operating out of a flight, fight, or freeze state, is mostly likely to overreact or act impulsively. Impulsive acts coming from the emotional brain override the thinking brain or so-called prefrontal cortex. Impulsive actions can be extremely damaging to one’s life, career, and relationships.

Do you want to learn more about neurobiology of trauma, symptoms of PTSD, and how highly effective psychotherapies such as Accelerated Resolution Therapy and EMDR Therapy can help? Contact Ina Lasmane, MA, LMFT at (612)559-8704, a trauma specialist in Minnetonka, MN.